A couple of months back we saw Google begin to roll out their helpful content update which brought with it some marked changes for SEO, and it was on September 9 that the rollout was finalised. Followingly, it wasn’t long before Google decided to push a few more updates throughout September and October 2022, in this post we’ll be going over the changes which may have caused your site to undergo some SERP volatility.

On September 12, just three days after the helpful content update had finished rolling out, Google announced a release via Twitter of their second broad core update for the year. This comes after the May 2022 broad core update and we immediately saw an upwards spike in volatility, as shown by Semrush:

Evidently, the previous spike is unrelated to September’s broad core update, rather, it denoted that Google ushered in a further addition to the helpful content update promptly before the latter’s completion. It is unclear as to the nature of this search ranking update as it went unconfirmed by Google, although it did have an effect upon local search ranking performance.

Of course, subsequent to the core update being launched there was a significant degree of turbulence in terms of SERP volatility, of which the Semrush tool clearly illustrated:

Consequent to the initial spike on the 12th there was a sharp declivity which betokened some back and forth trending. The steady decline which seemingly began on September 22 can be attributed to Google’s rollout of their fifth product reviews update which was aptly targeted at English-language product reviews. The update aims to provide Search users with review-related content that was more helpful by not being so templated. This came after the last product reviews update that began to roll out in July and was finished in early August.

This update came rather unexpectedly considering that the September core update had not finished rolling out yet, the product reviews update was initially announced a month prior, however, so we did know that it was coming. Google typically ensures that updates are separated from one another, but a certain overlap is not unprecedented. Danny Sullivan said on the matter: “But if the point was to purposely confuse or whatever, we could roll multiple update[s] on the very same day. We’ve worked to do the opposite”.

The acclivity you see towards the end of the month on the above graph is the point at which both the product reviews update and the September core update rollout was completed. That is, on the same day and two weeks after the latter’s introduction. Meaning, that if your site experienced any volatility during this crossover period, it could have been determined by either update depending on the substance of your content. Regarding the broad core update specifically, this update was directed to look at all content types.

In retrospect, the broad core update hit rather directly, given the volume of tremors it produced. Having said that, things then took a relatively placid turn, as signified by Semrush Sensor:

For the first part of October there was no notable activity which was detected, the aftermath of the hard-hitting broad core update manifested as quite smooth-sailing and uneventful. Although followingly, there was yet another substantial spike which rose on October 11 as a result of an unconfirmed update, an addition to the one that rolled out earlier in the previous month. Naturally, at this stage you might have noticed some ranking and traffic changes for your website and the webpages therein.

The waters began to settle again for just over a week but were then unrested when Google began to roll out a spam update on October 19. As per, this was announced on Twitter. This is the first spam update Google has released in almost a year and was completed in around 42 hours. Since this update obviously targets online spam, it didn’t cause too much concern for those in the SEO sector, yet still, you may have observed some slight consequent volatility. This was a global update, but the impact was not felt on a widespread scale. Shortly after the spam update rollout was finished, there was then a further unrelated and unconfirmed search ranking update that’s responsible for the mild levels of volatility we are presently experiencing.

The last two months have been host to a lot of changes over at Google, expectedly causing a lot of discussion on forums and such. And so, if you’ve been affected by any of these updates, now is the right time to reevaluate your low-performing content in order to make the appropriate quality improvements, given that all is currently hushed.

Thank you for taking the time to read this post, we hope that it has fully fleshed out all of the latest Google updates which occurred in September and October 2022. To see our previous posts on Google’s updates be sure to click here. Likewise, our digital marketing guides addressing SEO topics are full of equally relevant information. 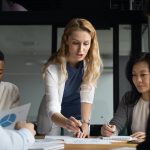 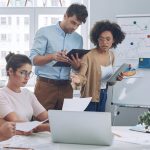