In May 2021 Google announced their MUM (Multitask Unified Model) update, it was then in the following June that it launched. MUM succeeded Google’s BERT, a “transformer-based machine learning technique for natural language processing”. Whereas its predecessor was based on several trained models for individual tasks, MUM aimed to use a single model for page indexing, information retrieval, and SERP ranking. What this promised was a streamlined performance returning comprehensive results for Search users. Looking back, this prompts us to ask: what has MUM given us so far, did MUM herald a shift in SEO, and what further efforts has Google made since? Well, now that the dust has settled, and with Google’s introducing their “helpful content update” in August 2022, it feels like a good time to address these questions.

What is Google MUM and how does it work?

It’s natural to first give a brief overview of MUM so that Google’s present work can be understood in that context which was laid out last year. Google described MUM as being a “new AI milestone for understanding information”. As the name suggests, the model offers a unified approach to handling the tasks that Google carries out to give you the service they are known for.

MUM boasts an impressive multilingual range; it’s trained to understand, interpret, and generate content across 75 different languages while simultaneously carrying out multiple tasks. This gives users a model which has a wholly expansive, in-depth arsenal of information and global knowledge. It attains this by utilising artificial learning and natural language understanding to deliver the processing, and subsequent answering of, complex search queries. Of equal significance, MUM also works with multimodal data. Meaning, it gathers information from text, images, videos, and audio files alike when returning results for your searches.

MUM was said to be 1000x more powerful than BERT, not least owing to how it goes beyond natural language processing. Rather, MUM is likewise geared to understand informational and semantical contexts, thereby enhancing user-experience to a fundamentally conversational degree. As per Google’s example, if you were to input a query pertaining to a comparison of two separate hikes, then MUM would function to return the elevation differences and seasonal characteristics of each. Subsequently, you’d be recommended appropriate clothing and terrain training. This aptly demonstrates how MUM is designed to work above the surface level. That is, it aims to address prospective queries, in addition to those that are initially present. Its ability to provide such a service comes from how the model constantly expands semantic databases like Google’s Knowledge Graph; MUM incessantly learns and feeds back from the data that it is given. Moreover, when all of the above is regarded alongside its translational capacity, this signals a knowledge database that is all-inclusive and ever-expansive. I.e., having no language barrier to prevent relevant information being behind a wall, whatever your location or mother tongue is.

What MUM means for SEO

To summarise the above, Google’s MUM update has removed the necessity for multiple searches in order to elicit thorough insights into complex queries by employing a number of holistically advanced methods. MUM represents a big step for Google towards their goal of a purely semantic search engine. Namely, a search engine that also understands the context of a query, as opposed to simply matching the inputted text to a result for a solution. With this added intuition and accurate responsiveness to user intent in mind, the question stands: how does this affect SEO?

Evidently, these changes are notable. It’s important to remember, however, that this is, after all, an update. And consequently, doesn’t imply a complete overhaul into the way Google’s SERP recommends content. What staunchly remains the same concerning SEO are those technical aspects that ensure crawling and indexing. Furthermore, linking is still a vital factor that directly influences website rankings. But although these elements are considered to be a cornerstone of SEO today, it’s a possibility that in the future a fully semantic-driven search engine will naturally downplay and make obsolete these fundamentals. Instead, content quality alone will be the singular force. Even now we see that certainty of a page’s trust and UX does not guarantee top SERP positions.

As for content, it has always been valuable for creators to work in-line with Google’s vision. And so, in respect of all that has been mentioned so far, this signifies a need to change how web page content is informed. Content should still be kept to a high standard of quality and focus but, likewise, also make tangential linking possible for comparable and relevant topics so that subject areas are substantially covered. For instance, when answering a question, make sure that likely further questions are also taken into account and organically addressed in the same space. On top of this, the value of multimedia platforming has seen an increase in value. Specifically, having images, videos, and audio files to support your content will improve the rate at which MUM notices and promotes what it is that you’re presenting. Followingly, the more your content establishes your brands as authoritative and trustworthy, the easier it will be for Google to recognise and recommend you as a reliable and engaging source. Lastly, the fact that MUM is multilingual means that you’ll face competition worldwide. Although this may seem daunting, it provides an impetus for all to escalate their regional and local relevance. And additionally, it would prove quite rewarding for those who choose to expand into multilingual SEO. If you were to operate in multiple countries, using a multitude of languages, this would dramatically increase the level of exposure and traffic you’d receive. In essence, gone are the days of keyword stuffing. MUM-friendly content comes fairly naturally because it has the goal of imparting information in the manner that a person would, as such, however, it requires a little more thought and effort, relatively.

Google’s ‘Helpful Content Update’ in the Context of MUM

It was on the 25th of August 2022 that Google’s so-called ‘helpful content update’ began to roll-out, following its announcement on the 18th of the same month. It was described by the company as being “part of a broader effort to ensure people see more original, helpful content written by people, for people”. In light of what we know about last years’ MUM update, the former appears to correspond to the goal that MUM went a long way in putting a step forward towards. That is, suggesting content that is underpinned by a conversational attitude, being pertinently and comprehensively informative.

Taking a closer look at the purpose this update serves, it helps to generate results for users that house “people-first content”. That is, content which is certain to satisfy users’ queries. They recommend creators to foremostly consider the audience their content attracts, and whether it evinces the appropriate level of first-hand expertise and knowledge. I.e., does the content of the page, whether it be for a product or service, have a stable focus on its purpose throughout? Moreover, does the content fulfil all aspects that comprise the given topic, thereby wholly satisfying potential users’ queries? Such content is contrasted with that which is directed at attracting search engines first. Namely, content that holds no added value, in respect of what has already been said, but rather follows a familiar formulaic design that appears to work well. This point regards content that simply hops on a trend that is proven to attract attention and traffic. In a similar vein, if you are producing niche content for this sole reason, without having any real experience surrounding the subject in question, then Google will detect this and be reluctant to promote what you’ve published. This ultimately impels creators to only think of addressing topics if they can guarantee to comprehensively satisfy users and meet the intent of their queries. From here, it can be seen that Google wants to see an improvement on the quality of web pages, even if it means a reduction in quantity. The update affirms that qualitative results are the aim.

Others have been quick to note the similarities that this update shares with 2011’s Google Panda update which marked a thinning out of low-quality sites that existed to farm traffic and clicks. Evidently, the new helpful content update reinvigorates the spirit which Panda champions, instilling a degree of freshness within both the algorithm, and, as a consequence, the results that users are greeted with day-to-day in Search. This update has experienced a slow roll-out so far and “isn’t done”, denoting incremental improvements. Having said that, those in the SEO sector have already been given plenty to consider moving forward. For reference, here’s the current SERP volatility levels that highlight its presently modest impact, August 25th marking the roll-out:

To answer those questions set out at the beginning of this article, it’s plain to discern that MUM gave us a rigorous framework of how Google wants content on their platform to be structured. They, quite reasonably, want to reward content that is as attentive and properly executed as can be. Such content isn’t dreadfully difficult to achieve because they provide us with clear guidelines, albeit, more controllingly nuanced guidelines. But did MUM represent a grand shift in the way SEO is approached? The short answer – somewhat. MUM seems rather to have been a manifestation of Google’s continued effort towards a purely semantic search engine. These shifts are not instantaneous, they are gradual. What corroborates this is the existence of an instalment like the ‘helpful content update’. That is, an update which reinforces what we already know to be Google’s direction. Nevertheless, this particular direction isn’t something to be understated, and continual steps towards its actualisation are an overall positive for Search users.

Thank you for taking the time to read this post, we genuinely hope that it has helped to inform you of how things are looking over at Google concerning SEO. Taking a look at how technological attitudes develop over time gives us useful insights into where we stand today, and may stand in the future. For more on updates to Search be sure to keep an eye on our section for algorithm updates which we regularly refresh. 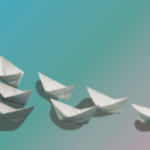 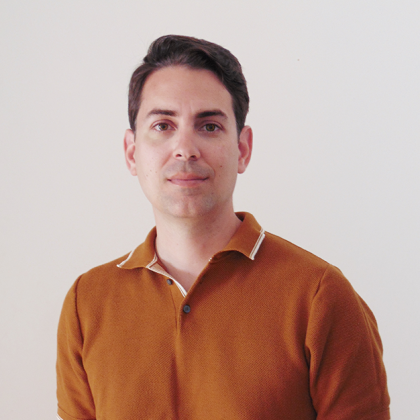